Triggers can be used to audit changes to the database
We can set up triggers on tables to record every change to every record in the table. Typically, this is accomplished by copying the record before it’s modified to a different table. A table we might call historical data.

Triggers can also be used to ensure the integrity of our data
SQL Server has some other ways to do this such as checks and constraints. But those are designed to be pretty simple. They check for a data type or they might check to make sure some value is greater than or less than some other value. Triggers allow for more robust logic. We can generate data integrity rules that implement complex business logic, that can reference multiple tables based on the value in those tables, decide if a certain piece of data is valid or invalid. Triggers can also be used to block mistakes. Triggers can undo an attempt to change data. They can even undo an attempt to change the structure of the database. So something like dropping a table can be blocked by a trigger. 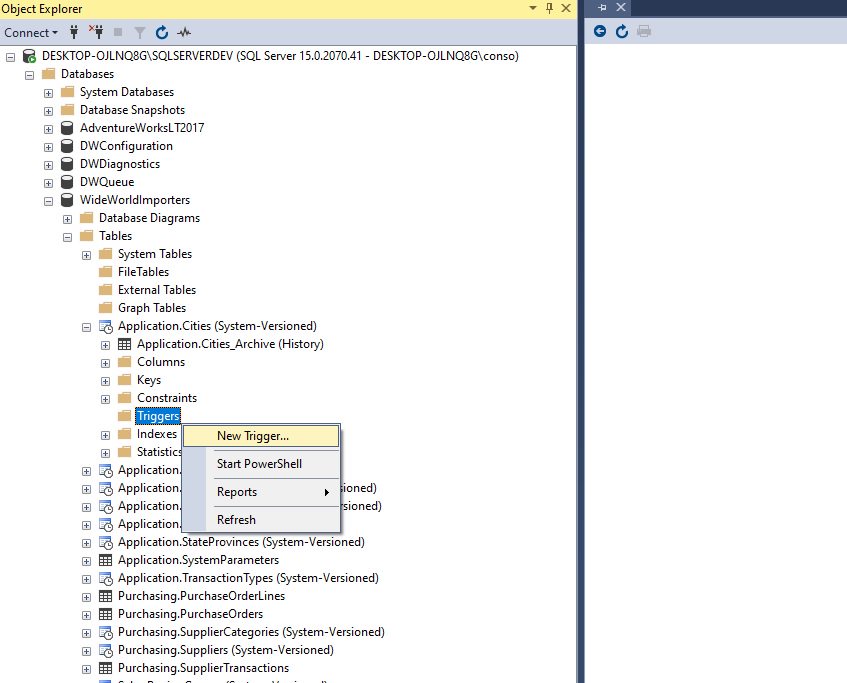 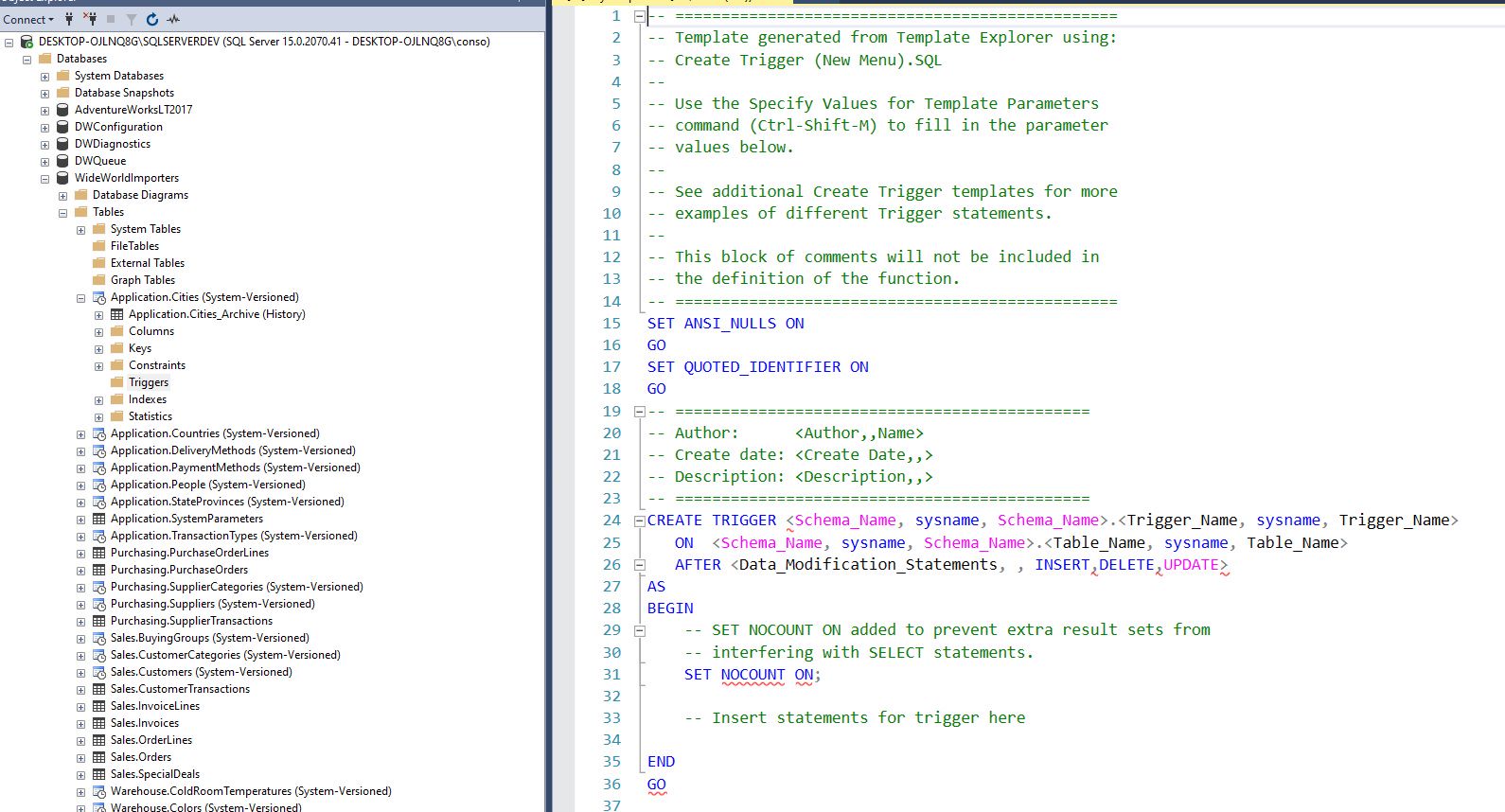 Creating instead of trigger using T-SQL